« Back to Yo Socialist Mama Blog 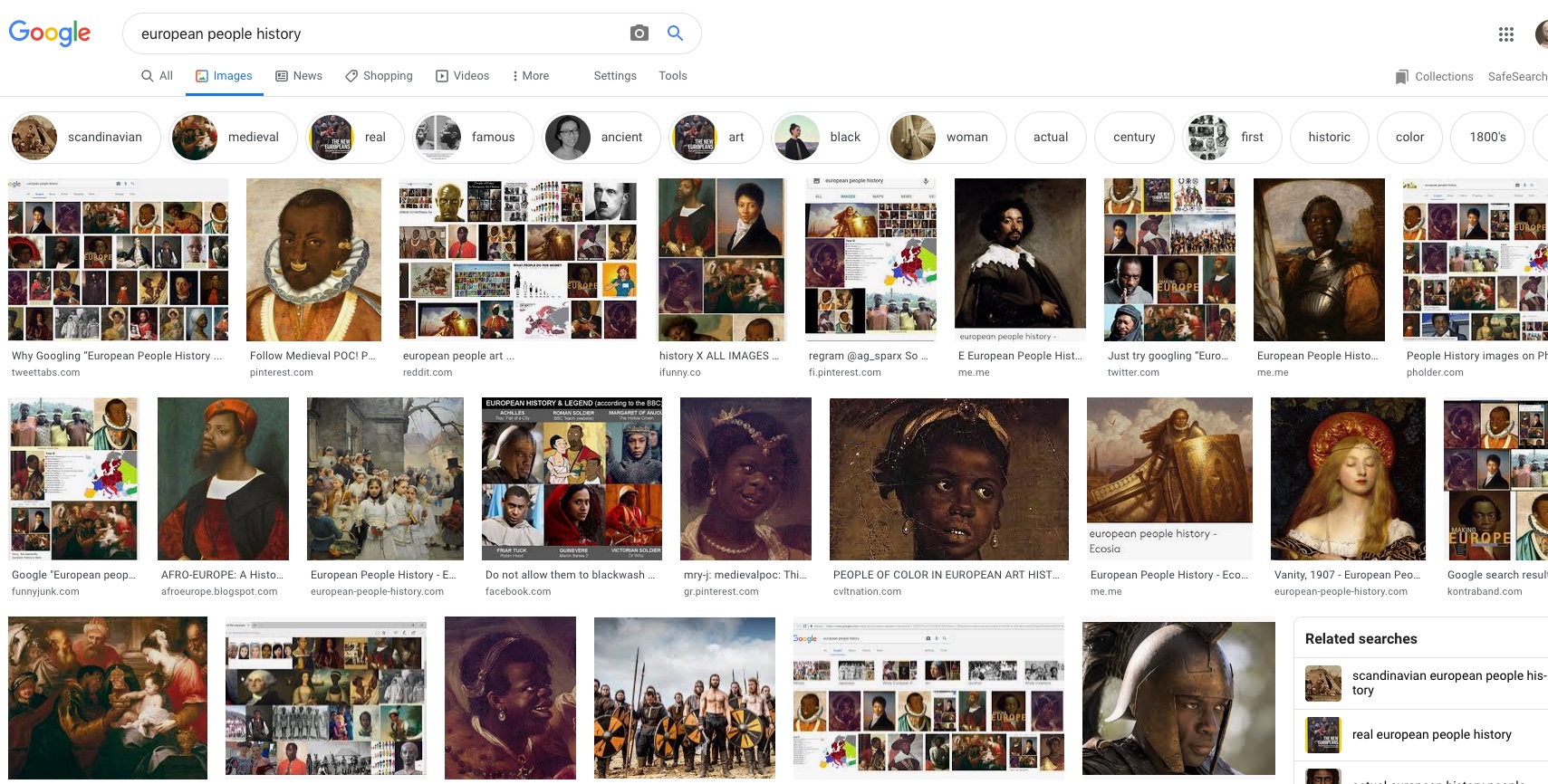 In my youth I was fascinated with my "discovery" that all life originated from Africa. There were no blacks living in the USSR. In some large cities, there were foreign students, but those were exceptions. Black people had my fascination.

The way the children in the USSR classrooms got to learn about the origin of life in Africa was to substitute Darwin for scripture. God was not allowed on a doorstep of Soviet Socialist classrooms since 1917. God’s place of honor was always occupied by V.I. Lenin and what was passed to us and pounded into our heads as his teachings.

The Soviet creative Darwinism, for instance, flourished between 1930s and 1950s from the selective Darwin’s works, and had led to the transmutation of species. That allowed for the acceptance of various genetics experimentations that were conducted mostly in the subhuman conditions of GULAG and mostly in competition with similarly subhuman genetic experiments that were conducted in the NAZI concentration camps over most of the same time period. Such comparison, of course, had I vocalized it back in the USSR, could have landed me in the 1970s GULAG, always a scary place. So none of us vocalized much contradiction to government. We were afraid. We were taught to be afraid.

Similarly, we did not contradict our teachers in history or civics classes. Well, actually I did, for an entire year. Read about it in my book My Life Through My Dresses - Growing Up Socialist. But I was young and daring, naïve and inexperienced. In other times, I could have perished. Or been tortured. Or at least humiliated, like some were humiliated this past summer in the US and elsewhere for not subscribing to the public hysteria, chaos, anarchy and pressure.

You see, of course, life began in Africa. I know now it is not a contradiction to God. It is a work of God and history of its chosen people. Israel is on a crossroads of Europe, Asia and Africa. But people of Israel had never been black. Olive skinned, like the Italians and Arabs, but not black. Since much of written and archeological evidence is being obliterated at times of conquests, much of what was known about the world is always being inverted whenever facts are substituted with layers of “fake evidence.” A fairly recent example of this is Googling “European people history” then clicking "image" tab. The picture above is what is being returned. Someone took deliberate measures to substitute these clearly deceiving images to invert the general perception of the world and European history.

Why have they done it? and

Who has done it? should be the questions asked on CNN, etc.

I bet most of you never even knew it.

Similarly, the inversion is happening in the United States of America. It is being forced through PC word meanings’ inversions, inversions of values and traditions. It is the cultural revolution’s homage to the new idols people are or about to be forced to worship, just like we worshiped Grandpa Lenin in the USSR. It is unpleasant and has already become dangerous. I hope it is still curable!

Submission to radicalized values always happens under duress and with extreme physical force. Ordinary people are never stupid. They know when their values are inverted. They will resist. That is individual people will. But how long will courageous individuals resist is my question. Everyone wants to live. And socialist history, of which we have plenty recoverable evidence, clearly shows the bloody trail of submission to the inverted values of the dominating forces. Because masses behave as masses do and they are traditionally stupid!

Six short months ago USA laughed at the possibility of COVID-19 pandemic and leaders like Pelosi and Schumer were angrily calling President Trump all sorts of intellectually stimulating words in the deliberate attempt to invert his role in pandemic prevention when he immediately closed China from entering the US. Now they are inverting again, blaming him for not acting swiftly, etc. etc. Inversion is the profession they know well. Just like faking.

Three months ago most US Americans had no clue of BLM or ANTIFA. Marixists and NAZIs as they are… Some of US were following their story since 2016.

Here’s the inversion I am observing in August 2020 – instead of the 1960s Black Panthers someone, presumably with George Soros's money, brainwashed and rounded up white youths to perpetrate the BLM-ANTIFA dirty bloody work… I fear the worst will come in the weeks before the election and in the months that will follow.

In the meantime, we have to deal with real tragedies that were inflicted on us because SOCIALISM always inflicts terror on the peaceful ordinary hard-working people. Always!

I am no longer fascinated with Black people. Forty years in USA exposed me to people of all races, religions and vvalues. I am fascinated with people who can move the world out of this inversion. Like Ben Carson moved USA out of the imminent black hole at National Prayer breakfast in 2013.

As I am knee deep in my next pre-query work, I recently stumbled upon a blog by a very famous literary agent. He had advertised an entry from his  blog as THE QUERY to emulate. Well, I counted several, more than five, grammatical errors in the very query...

As a non-native speaker and writer, I expect to make grammatical errors in the language whose grammar I was barely taught.

But if the attitude of the famous literary agents is that of "do as I say and as I do," then I have this to say - show me, don't tell me! Live up to your own expectations. Or read and respond to every query with typos. Do not throw away writers' hopes and chances, because we are all human.

English Lesson 2 for the Native Speakers

There are no reasons to not know the proper forms of greeting and address of people one already knows or may meet, yet there is too much confusion by old and young, alike.

The young will “hey” you verbally, in social media and even in written correspondence, such as business emails and letters.

The old may have even learned to “hey” from the four well-dressed Brits in the sixties. After all, when Sir Paul sings “Hey Jude,” he doesn’t earn any demerits.

But when my 17-year-old trainee writes an email starting with “Hey guys” I remember Rose R., my now deceased former mother in law. “Hay is for horses,” Rose said to anyone who’d “hey” her. She was not a proper lady by any means. She was a working class woman who spent her entire life in service to her family, and her manicure clients. But Rose had the benefit of excellent schooling and she knew her native language very well.

Those were the 1930s, and 40’s, when three of the four cornerstones of American education were pounded into young minds by demanding teachers who accepted no excuses. Reading, writing, and ‘rithmetic – the three R’s of English education were beloved by Rose R… She was first, like all children of the time, taught the primary 2 R’s – Respect and Responsibility – by her hard-working poorly educated family, who wanted their children to do better. There was a time in that long ago America, when children were first taught how to be good students, so that once they were in the classroom they would want to learn from their teachers.

The fourth cornerstone of American education came from the word beginning with a “P”. Patriotism was taught at home and at school. There was no alternative to patriotism in that long ago America. Except to become a traitor and a coward. Those were the draft days of long ago, when every boy knew that he may some day be called upon to defend his country in the battlefield. And every girl knew that she may some day lose a brother or a sweetheart to a war far away from the American soil.

None of that is true in our days. So the boys throw their “heys” and the girls add “hey guys” when addressing other girls.

We have lost the meaning of Respect, Responsibility, Reading, Writing, ‘Rithmetic and Patriotism and I want it back. So, stop heying me! My name is Marina, when you are my age, or know me very well, or are related to me, or a friend, or if I gave you permission to call me by my first name.

If I did not - you will address me as Ms. Berkovich until further notice!

My very first English lesson happened when I was about five in my Soviet Union pre-school.

Here’s what we were taught to sing:

I was obsessed with the sound of foreign words, which seemed to just roll off my tongue in a mysterious way.

It was the day when, I believe, I understood the blessing human beings have in understanding other humans’ way of communicating.

Jumping forward. It took me another 20 years to master the English Language. While I was learning, I first had to drop the inhibition of being corrected when I mispronounced or misused a word, and all such other countless inhibitions (excuses?) that so many foreign speakers are afraid to shed. Thankfully, I was in America, where most people do not use English properly. In conjunction with that I learned to always appreciate when people improve my English and I hope you do, too.

On with the lesson:

Homophone is defined as follows: each of the two or more words having the same pronunciation but different meanings, origins, or spelling, e.g.: there and their. 'There' means a place. 'Their' means a bunch of 'her,' ‘his,' 'your' and 'my.' There is also a conjunction of “they are.” It is "they're." And if you need explanation for that, I can’t help you any further.

I reel when I see seemingly educated and/or smart people of all ages post to social media a confusion like “I’m their now” or “There good people.”

In my USSR classrooms we were fed propaganda in volumes that exceed the vast quantities modern day American students are fed today. There were only twenty minutes, I guess, of subject-matter learning in every forty-five minute lesson. So, I’m not here to chastise you. I’m here to help you discern and master the difference. Vive le difference! Oops – wrong language!