« Back to Yo Socialist Mama Blog

The Role of A Teacher - Then and Now

No dark sarcasm in the classroom

I loved Brick in The Wall by Pink Floyd, the song that was super popular in the year of my arrival to USA. I don't think I clearly heard or understood all the words in it, and I am certain, I had no idea how the deliberately distorted the English language was. It defined the characters, who were sarcastically demanding improvements in their education. Just like I did only a short while before then.

To my freshly out of the USSR ears and my bewildered by the year of resettlement mind, it was a hymn to the dismantlement of the lifetime powers my socialist teachers had just finished subjecting me to after ten long years. I sat through the countless classes, concerts and meetings of brainwash. First without understanding that I was being groomed, then with full understanding and compliance, and lastly, with defiance.

Socialism was something that I understood as the "thought control" in Pink Floyd's song. Thought control, behavior control, life control ... these were the very reasons why I escaped from it, paying dearly for the opportunity to change the course of my life. I thought that I got rid of the strong, powerful, debilitating hold of Socialism and the society and system it builds - forever.

During my school years, I had a number of wonderful teachers who understood, not unlike many of the USSR citizens, the damage socialist teachings were doing to our young minds, but could not stop teaching us the socialist ideology of Marx-Lenin and Brezhnev, who was The Premiere of the Central Committee of the USSR then. It was part of their loss and socialism's win - complete submission to the totalitarian authority. "If you're not with us, you are against us," Lenin said. His anxious followers eliminated those who where against. Simple reason not to dispute who's in charge at all times. No matter how harsh the reality as contrasted to the utopian ideal if its promise.

Most people living now no longer know what USSR was - Union of Soviet Socialist Republics - the country that gave birth to the socialist experiment and started the largest mass murder of the 20th century - 100,000,000 dead because they protested, or just simply expressed their dislike, or were removed by more deserving socialists, who needed to redistribute their homes and furniture to themselves. Neighbor against neighbor. The Russian Revolution, that was a technically bloodless event of November 7,1917, left a long red trek in its wake. It is so long and so lasting, it seems eternal at times.

I, too, wanted to become a teacher. In fact, it was the only aspiration I ever had as a child and teen. I played teacher, I practiced to be a teacher, I substituted for sick teachers since I was in 5th grade, I trained to be a teacher. I even had a job waiting for me. Yet, as I realized that there is no escape from brainwashing the new generations of Soviets into the same socialist nightmare I already knew, I decided to not partake in that cycle, choosing instead to leave...as a stateless refugee...with all the fears of the unknown that were ahead.

Like right now, on July 31, 2020, in USA, during The Summer of Floyd. Not Pink Floyd! George Floyd, he unfortunate criminal, whose death was so skillfully used by the Marxists aimed at the overthrow of the United States of America and turning it into yet another Socialist "success" with food lines and mandated medicine that make no pretense that ordinary humans only matter to the regime to serve as slaves to it.

I taught in the United States instead. To the adults, who like me, underwent lived through their individual variation of exodus. Teaching is very gratifying experience for the teacher. As I shaped my adult students' professional knowledge, I also imparted on them some humorous ways of dealing with speaking with an accent and becoming a rightful member of the democracy.

In retrospect, I probably could not have lasted long in US as a teacher. 10 years into my immigration, I became an American patriot, and my academic head would have rolled, had I not complied. I wouldn't have, so now you know.

I am mortified at the socialist brainwash the so-called "educators" of America imposed on generations of American youth. Brainwash is as contrary to the concept of education as child molestation. Yet we punish only the molesters ...we reward the brainwashers, because most of them are in the teachers unions and are serving the unions agenda. Not at all as the best teachers in history, who went unremarkably nameless, but created great minds like Leonardo, Einstein and Curie. in every sphere at every epoch of human development.

The role of the teacher first and foremost is to teach to reason and rationalize, to build and develop the strength of character to pursue lifetime learning and search for The Truth. Not to recite the works of Lenin or Marx or the myriads of socialist professors of America who are required to publish, so they push their socialist agenda onto our brilliant republic, its democracy, and the mesmerized by the failed promise of socialism generations of the useful idiots our institutions of learning put out.

English Lesson 2 for the Native Speakers

There are no reasons to not know the proper forms of greeting and address of people one already knows or may meet, yet there is too much confusion by old and young, alike.

The young will “hey” you verbally, in social media and even in written correspondence, such as business emails and letters.

The old may have even learned to “hey” from the four well-dressed Brits in the sixties. After all, when Sir Paul sings “Hey Jude,” he doesn’t earn any demerits.

But when my 17-year-old trainee writes an email starting with “Hey guys” I remember Rose R., my now deceased former mother in law. “Hay is for horses,” Rose said to anyone who’d “hey” her. She was not a proper lady by any means. She was a working class woman who spent her entire life in service to her family, and her manicure clients. But Rose had the benefit of excellent schooling and she knew her native language very well.

Those were the 1930s, and 40’s, when three of the four cornerstones of American education were pounded into young minds by demanding teachers who accepted no excuses. Reading, writing, and ‘rithmetic – the three R’s of English education were beloved by Rose R… She was first, like all children of the time, taught the primary 2 R’s – Respect and Responsibility – by her hard-working poorly educated family, who wanted their children to do better. There was a time in that long ago America, when children were first taught how to be good students, so that once they were in the classroom they would want to learn from their teachers.

The fourth cornerstone of American education came from the word beginning with a “P”. Patriotism was taught at home and at school. There was no alternative to patriotism in that long ago America. Except to become a traitor and a coward. Those were the draft days of long ago, when every boy knew that he may some day be called upon to defend his country in the battlefield. And every girl knew that she may some day lose a brother or a sweetheart to a war far away from the American soil.

None of that is true in our days. So the boys throw their “heys” and the girls add “hey guys” when addressing other girls.

We have lost the meaning of Respect, Responsibility, Reading, Writing, ‘Rithmetic and Patriotism and I want it back. So, stop heying me! My name is Marina, when you are my age, or know me very well, or are related to me, or a friend, or if I gave you permission to call me by my first name.

If I did not - you will address me as Ms. Berkovich until further notice! 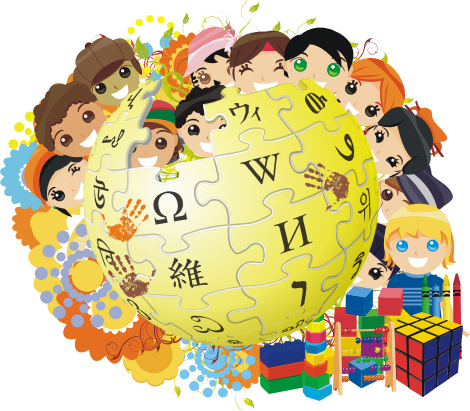 International Day for Protection of Children is observed on 1st June since 1950. It was established in Moscow). It is really a Socialist holiday! But the very best one they ever created!

I always remember it, maybe because I am an eternal child at heart. I do not remember celebrating it. I remember the indelible mark the very fact that children need to be protected and that there is a special day in the calendar just for children left on my impressionable mind.

Half the world and half a century away I awakened this morning with the bright thought on my mind - it's Children's Day!

* Picture by Towndown based on adobe's photoshop or inkscape